Patricia Moss. M. A., Art History, M.A., History, is an art historian who specializes in 19th century American portraits. The long-standing relationship between Moss and artist George Caleb Bingham (1811-1879) is introduced in George Caleb Bingham and The Art Detective. Moss’ expansion into 19th century American portraits is detailed in Evolution as of an Art Detective.

Early in her career, an art librarian nicknamed her the “Bingham Lady.” Later, staff at the Smithsonian’s Research and Scholars Center repeated the name in the title of a newsletter interview about her work in locating nearly 70 of 100 “lost” Bingham portraits.

Her original goal in the portrait search was to help preserve the artistic and historic legacy embedded in the portraits. But as people brought paintings to her asking if the artist was George Caleb Bingham, the goal expanded. If the artist was not Bingham, then it only seemed fair to find the actual artist. Applying the international standard of artists’ moral right to correct attribution to 19th century American portraits became the secondary goal. 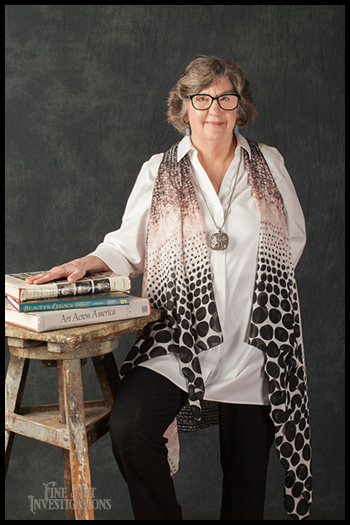 As an art historian, Maryellen McVicker, Ph.D., specializes in George Caleb Bingham and the artists of central Missouri, the Boonslick.  As an art detective, she discovered and documented a previously unknown Bingham painting, Portrait of a Young Woman, 1849, which appears in E. Maurice Bloch’s George Caleb Bingham: A Catalogue Raisonné, #217.  She has been published in American Art Review: “George Caleb Bingham in the Boonslick” (April 2011) and “A Brush with History, 175 Years of Art in the Boonslick” (November 1996); and in the Athenaeum Society Review, “Bingham, The Boonslick and His Students” (1985).  She has written the catalogues for two Bingham exhibits. In addition to her work with Bingham, McVicker is an award-winning professor, the former executive director of Friends of Historic Boonville, and a board member of the Missouri Humanities Council (1988-1997). (A detailed résumé is available on request.) 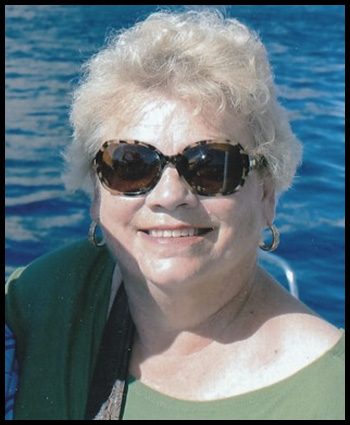 Rosemary Hallin calls herself the factotum of Fine Art Investigations. She does do a bit of everything, but her fine eye for detail surpasses all her other talents. She sees the arch of an eyebrow, the pupil placement in a portrait subject’s eyes. It is these fine points that can prove or disprove an artist identification.

Rosemary has a degree in English, has raised a family, and worked in transnational shipping. Before assisting Fine Art Investigations, she administered the Camp Victory program in Ocean Park, Washington for child and teen survivors of sexual abuse. 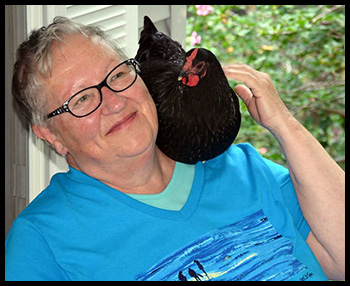