Until Neagle’s death in 1865, the father-in-law and son-in-law dominated the Philadelphia portrait industry. Neagle had a scientific bent and was known for painting men.  Sully had a theatrical background and was known for painting women.  The division is, of course, too simplified.  Neagle could portray women beautifully as can be seen in this zoomable image of Mrs. Huizinger Messehert, 1822.  Neagle’s representation of Pat Lyon at the Forge, 1826-1827, was so skillful and moving that it remains his iconic work, unfortunately at the expense of some of his other fine pieces.  In his time, Neagle was also famous for his full-length symbolic portrait of Henry Clay, 1843.  My favorite, however, is Neagle’s depiction of marine painter Thomas Birch (1779-1851) literally breaking the boundaries of the frame in Studious Artist.  That painting, reinforced by Pat Lyon at the Forge, suggests to me that John Neagle himself could have burst forth with creative genius if he had been born at a later time or unconfined by conventional Philadelphia.  Luckily  I am investigating what may be a previously “lost” portrait by Neagle and can immerse myself in his portrait artistry. 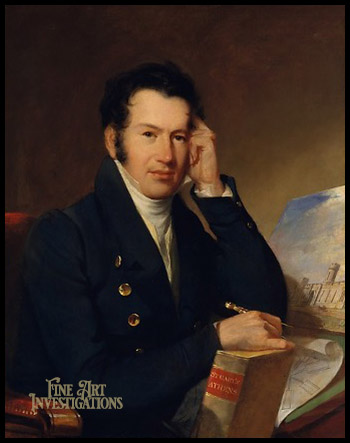 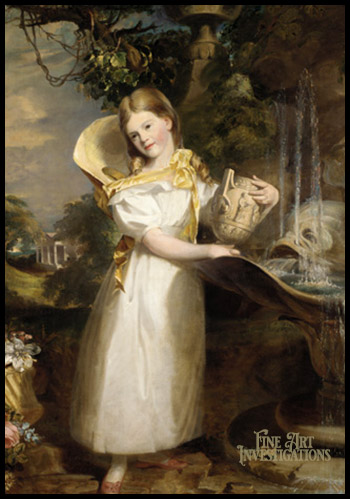 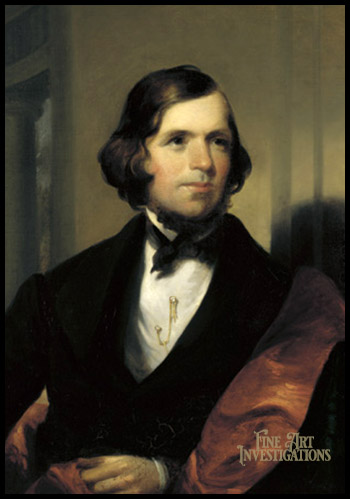 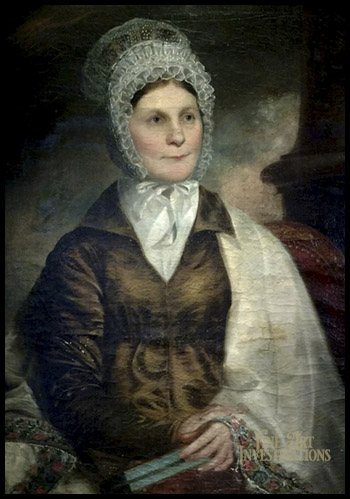