William Morrison Hughes (1818-1892) was born in 1818 on the Hughes farm a few miles outside Fayette, Missouri. Morrison’s uncle arranged his studies with George Caleb Bingham in the mid-1840s. According to family tradition, Morrison Hughes was the model for the central character in the 1846 version of Bingham’s first most successful genre work, Jolly Flatboatmen in Port (National Gallery of Art, Washington, DC). The Mexican War of 1846 interrupted Hughes’ tutelage. He enlisted with Doniphan’s Expedition. He and his fellow soldiers returned to a heroes’ welcome in the summer of 1847.[1] He again studied with Bingham, traveling and working with him in the Boon’s Lick, Saint Louis, and New York, until he left for California in 1850. He worked as a portrait artist there but also invested unsuccessfully in a number of ventures. He died in California in 1892. 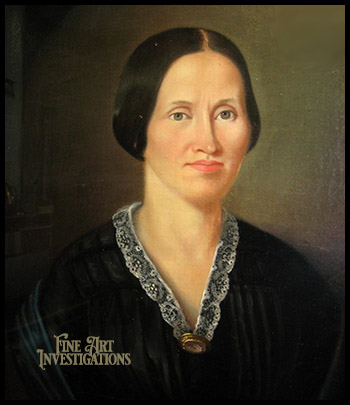 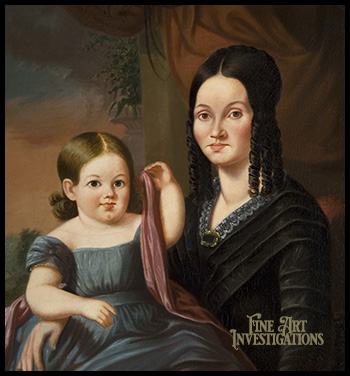 Hughes mimicked his teacher so well that his work of the 1840s resembles Bingham’s work in the 1830s. If an authenticator does not accurately date a portrait, the quality of the older artist’s oeuvre is diluted, while the pure simplicity in the paintings of the younger artist are ignored.

The Ashby-Hodge Gallery of American Art at Central Methodist University in Fayette, Missouri, helped set the record straight in a 2011 with the William Morrison Hughes Exhibit. When his work is separated from his more famous teacher, it is clear that Hughes retained the American primitive quality of planar luminism that Bingham sublimated. Hughes deserves his own distinct reputation.

1. William Morrison enlisted with his brother Ferdinand, who died in Santa Fe. Their mother Ann wanted her boy’s body in the family cemetery. She and a slave traveled to Santa Fe and back. The journey took a year and a half. They returned with the body, which is buried in the family cemetery on the Hughes farm.